I've had a life-long interest in media.

In high school, I was an A/V aide, working in the darkroom, setting up projectors and the like.

I was in theater and became sound chairman, working plays and other shows.

Our school was asked to guest-host a radio show for an hour on a local radio station. Afterwards, they offered me a job, which led to a series of jobs in Chicago's western suburbs. I started out at 25 cents over minimum wage. I made $2.50 an hour! Then I programmed a station in Rockford.

From there I was hired at an NBC owned and operated station in Chicago; Q-101.

I followed my boss to WLW in Cincinnati, a 50,000 watt clear channel station that carried the Reds and Bengals. It was my favorite job in radio.

Along the way, I worked for the Satellite Music Network's Country Coast to Coast and The Wave channels. Then on to the Interstate Radio Network.

I began working on websites with a friend from radio, who once said, "The web is going to be just like radio was 70 years ago. It will evolve." Boy, was he right.

At Web Asylum, we began building websites for local businesses. Then the projects got bigger.

My role as Business Development Manager also included developing our customer's site strategy with one simple goal in mind - getting an ROI for the client.

I would often say that among all the keys to website success, the two ESSENTIAL keys were creating an offer that converts and getting qualified visitors to that content.

I began speaking about that at Chamber 'Lunch & Learns' and then at conferences, online and Meetups. (Learn more about my speaking topics HERE) Begin with defining the business goals of the website. Not just, "we want to sell our widgets," but how many and to who?

From there, you need a documented strategy - almost like a business plan. (Which too many people DON'T have.)

Not many mid-size businesses have that capability or expertise. Nor can they afford them.

That's why I work with a small group of clients with online marketing needs as a Fractional Digital Marketing Manager.

We do what we do so that you can do what you do best.
Click here to learn more.

Want to know more? Check me out.

Ask the Experts: Five Ways to Get Started with Digital Media – Paragon Laboratories. We discussed website best practices for optometrists.

BusinessLaunchPortal: How to Build a Social Media Listening Station

Change The World Marketing on Google Analytics
Ellen and I discussed the importance of keeping track of your KPIs.

Social Media Panel: Metropolitan Club of Chicago
I was on a panel at Metropolitan Club talking about early examples of online marketing. Mana Ionescu of Lightspan Digital asked me to write a guest blog post about it. I taught a class in website development at North Central College in Naperville.

I have reviewed hundreds of websites for members of the North American Celtic Trade Association‘s annual Celtic Marketplace. Also wrote several articles for their printed newsletter.

I was a featured reviewer for the MarketingWords.com blog.

Named one of the Top 100 Web Developers on Twitter in 2013. Mom would have been proud!

When I'm not speaking or consulting, I like to cook, go the movies with my wife, Julie and travel. I like the NFL and hope the Bears will do something respectable.

Meals on Wheels fundraiser with NBC5 meteorologist And Avalos.

I have volunteered with a number of organizations, including two animal shelters and fundraisers with the Meals on Wheels program. I also enjoyed being a puppy raiser for Canine Companions for Independence. One of my goals is to renew my pilot's license. 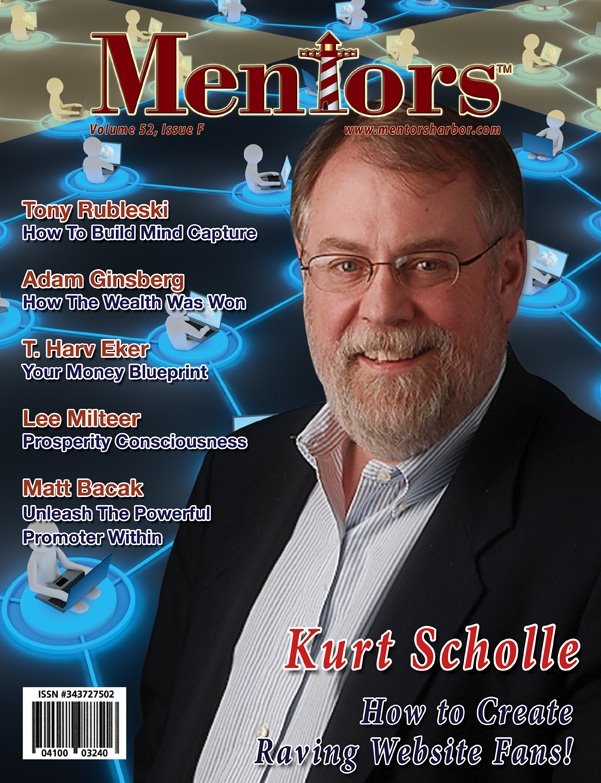